Media consumption among the youngest: promoting activity, not passivity 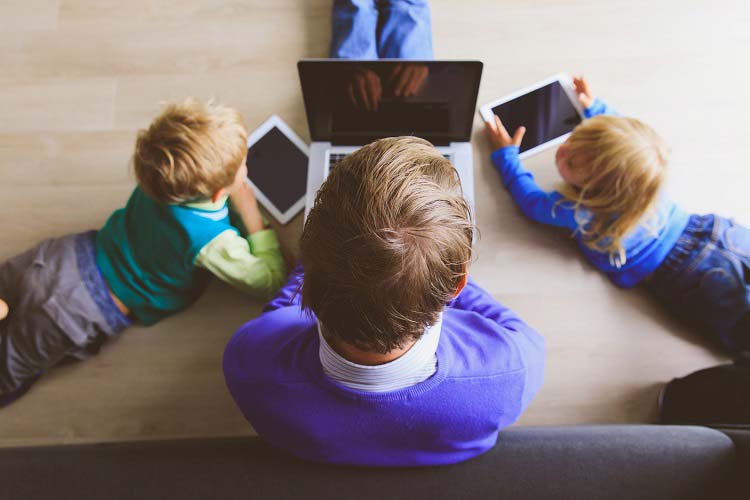 How much time children should spend in front of screens, and what content they consume, is a much-discussed topic. The startup Lesido believes media consumption should be active and interactive, and should involve adults. With their solution for remote digital reading aloud to children, they have big plans for the publishing industry.

Even with young children, screen time doesn't have to involve sitting them in front of YouTube Kids and letting the algorithm take over - although there's certainly nothing wrong with occasional passive media consumption. But what if there were alternatives? One that allows children to actively deal with media, that could also involve far away parents or grandparents, and one that would automatically provide protection for minors? The startup Lesido is on its way to building just such a solution. And the publishing industry is also interested.

The charming bot
Collecting user data and workflows via algorithm

Lesido sees itself as a "Netflix for children's books," but it wants to do more than just create picture books and early reader books from various publishers accessible online. At the heart of the idea is a built-in function for video calls, including sharing control of the book at hand. In this way, uncles living far away, mothers on a business trip or grandparents abroad can read to children between two and eight despite the physical distance. They can select books together with them and thus participate in their media consumption.

"80% of grandparents, for example, live at a considerable physical distance from their grandchildren," says Lesido founder Peter Frank. "Through digital reading to children combined with interaction, we make it possible for the grandparents to not only participate in their grandchildren’s lives in an uncomplicated way - we also fulfill the inherent childlike need for learning and stories." Peter Frank’s co-founder Janina Jauch has an educational background, is a mother and knows how important it is to read aloud to children. Before developing Lesido, she used picture book PDFs and Zoom. This was so well received by everyone involved that friends soon asked if they could use the PDFs as well - and the idea for Lesido was born.

Janina and Peter have creative backgrounds (pianist and architect) and know each other thanks to their time at Boston Consulting Group. Janina, as a mother, and Peter, as an uncle are avid Lesido readers themselves, of course.

After this initial evidence of genuine user interest, Lesido has since also done a lot of "real" user research and validated the idea. The people reading aloud are enthusiastic - and the children are having fun. "Of course, you can't conduct elaborate user interviews with children that young. But kids are honest: if they disliked it, they'd just get up and do something else," says Peter. And the children are participating - so much so that the concept has also become interesting for the publishing industry.

In the future, "Lesido Originals" will also follow - children's books written by the company itself. Lesido will then be able to access (anonymized, of course) user data to cater to topics that interest young customers the most, just like Netflix does. In this way, the team can develop books more effectively than with focus groups - and, in the future, pass this knowledge on to publishers.

You founded a media startup and are looking for a funding program? Then apply for the Media Startup Fellowship and learn even more skills that will help your startup.

Data is a supplement, not a substitute for creativity

This consulting could then provide another building block in the startup's monetization efforts - without limiting publishers. "Because data and measurable preferences are good tools - but they are not a counterpart or an alternative to authors' creativity," Peter is convinced. After all, the solid data at Netflix spawned blockbusters like House of Cards, too - and few would probably argue that it wasn't a good series. The publishing world can also benefit from enriching creativity with valuable data.

However, before Lesido can write the House of Cards of the children's book world, the team is first busy making their offer available on more platforms, building up additional features and, of course, making more books available for digital reading. The team is convinced that latest since the beginning of the pandemic, children have been using Zoom and other digital media quite naturally - which makes it all the more important that they find content and connections that really help them.